Only three out of ten laureates are women.

World Federation of the Deaf (WFD) has its congress in the Turkish metropolis, Istanbul, in the end of July and the beginning of August. Awards will then be delivered to individuals that have made significant achievements for the deaf people and the deaf community. Study of the Swedish Deaf Magazine shows that it is mostly rich countries and men that have been rewarded. The National Swedish Association of the Deaf (SDR) wants a change of the laurel system.

WFD delivers awards in four different categories since 1971. Two of the categories are for organizations and two other are for individuals that have contributed greatly towards the deaf people and the deaf community. Read about the categories below.
Ordinary members of the WFD – national deaf associations – are nominating award recipients. SDR reacts at the fact that the nominating deaf associations have to pay all the costs associated to the awards, if WFD chooses to give awards to their candidates. An example is that if a Swede gets a WFD Award then SDR has to pay for his/her medal and that he/she enters the congress. A daily ticket costs 200 Euro. And every of the medals that were delivered at the last WFD Congress in Durban, South Africa, costed 260-270 Euro.
– We are not against paying flight tickets and hotels for our laureates. The fact that national deaf associations have to pay fees and medals can lead to a distorted apportion of laureates due to that only rich countries can afford to nominate their candidates, Hanna Sejlitz says, president of the SDR.

It is why the Swedish Deaf Magazine (DT) have examined where the individual award recipients originate and also how many of them are men respectively women. DT has strived to create a fair view of the study. DT has because of this chosen to use the index of the UN, Human Development Index (HDI), to determine if a country is rich or poor. According to experts HDI is better than other comparison index, for example GDP per capita. HDI gives a more complete figure – it is a composite statistic of life expectancy, education, and GDP. Read more about HDI below.  HDI details are available from 1980. It is why DT has studied the apportion of the award recipients during the eight WFD Congresses between 1983 and 2011. 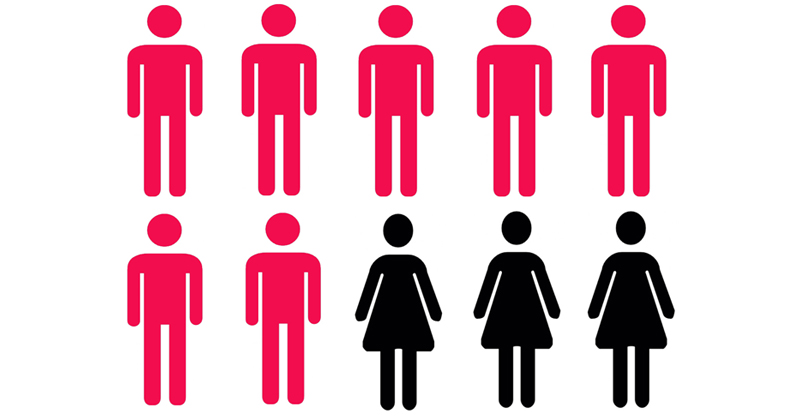 Only three out of ten laureates are women. IMAGE: NICLAS MARTINSSON

The study shows that 86 % of the laureates come from rich countries and that 70 % are men. Hanna Sejlitz, president of the SDR, is not astonished by the result.
– We think that WFD has to do an overhaul of the award system so that poor countries are given greater opportunities to nominate and send its candidates to the congress. And WFD has to make sure to have a more democratic, equal and gender equal award distribution, she says and emphasizes that the SDR board is well aware that WFD is short of resources. However, the entrance fees and the medal costs could for example be a part of the congress budget according to SDR.
Colin Allen, president of the WFD, tells DT that the WFD is receiving the study result and the issue will be discussed during the board meeting in November in Belfast, Northern Ireland.
– We in the board are willing to do an overhaul of the system so that it gets more fair and equal. SDR is asked to write a suggestion about how the system can change, Colin Allen says. He regrets that SDR has not written a proposal for the WFD Congress in Istanbul on this issue.
According to Hanna Sejlitz, the SDR board paid attention to the issue after the proposal period had exited.

Colin Allen wants to stress that WFD encourages ordinary members to send a delegation consisted of a man and a woman to the General Assembly because there have always been more men than women among the participants.  Hanna Sejlitz says that the SDR board will discuss about how to form the proposal before the WFD Board meeting in the Fall. Representatives of the SDR will discuss with other national deaf associations in Istanbul on the issue.  Colin Allen adds that it should have been interesting to see how many of the laureates are deaf respectively hearing through the years. DT has examined on this during the period, 1983-2011. 79% of the award recipients are deaf and hard-of-hearing. Some of the 21% hearing laureates are children of deaf adults (CODA).

This article is also available in Swedish.

International Solidarity Merit Award First Class – for individuals who have made significant contributions towards the international Deaf Community, or otherwise distinguished themselves in work for deaf people and/or on deaf issues internationally. The national deaf associations pay all the costs associated to this award.

International Solidarity Merit Award Second Class – for individuals who have made significant contributions towards their national Deaf Community, or otherwise distinguished themselves in work for deaf people and/or on deaf issues nationally. The national deaf associations pay all the costs associated to this award.

NOTE: DT has examined the First and Second Class Awards.

Grand Cross Award – for the national deaf association hosting the WFD Congress. The WFD pays for this award.

Vittorio Ieralla Memorial Award – for national deaf associations that are honoured for their work. The Italian Association of the Deaf pays for this award.

NOTE: Two award recipients excluded in the research: 1. Unknown nationality. 2. Soviet Union – its HDI value was unknown in 1983. A special award was given for the first time in 2003, ”First Class International Solidarity Award and Special Tribute”, to Liisa Kauppinen, the former WFD President. Her award is also excluded.